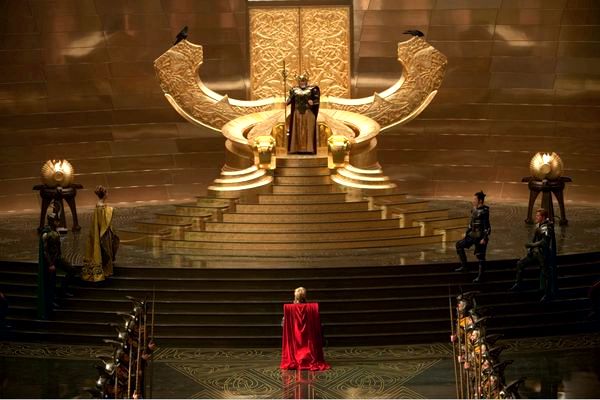 Here’s an initial-look picture of the regal throne of Odin (Anthony Hopkins) within the town of Asgard, where Thor (Chris Hemsworth) kneels before his father within the 2011 film from Disney’s Marvel Studios and Vital Pictures. This ran Sunday within the print edition of the la Times in our special preview problem for Comic-Disadvantage Worldwide.

“Thor” is among the key films visiting the Disadvantage and it’ll participate the Marvel Studios panel in Hall H that begins at 6 p.m. Saturday. What else will participate that panel? Marvel Studios President Kevin Feige is playing that certain near to the vest but stay tuned in at the Hero Complex to have an especially up-close standpoint towards the action — I’ll be moderating that Marvel panel.

I spoken to “Thor” director Kenneth Branagh not lengthy ago and that he was genuinely looking forward to his first visit to Comic-Disadvantage and the opportunity to fully stand up into front from the Hall H audience included in the Marvel program. “Because of what I’ve heard, I can’t wait… the celebration and also the incredible energy and enthusiasm and understanding and fervour for exactly what continues there. I’m excited to participate might Personally i think fortunate so that you can go and take look. I’m keen to determine that keenness and enthusiasm.”

With tongue-in-oral cavity — a minimum of It was tongue-in-oral cavity — Feige stated he may hit happens with a sartorial nod towards the Con’s cosplay traditions. “I’m searching toward seeing how individuals are dressed… Kevin and that i aren’t ready to reveal what costume we’ll be putting on but clearly I’ve was adamant that people all must put on one.” 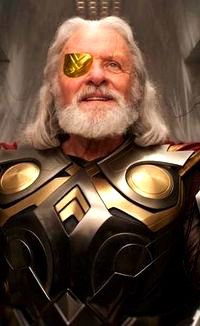 Start Looking: The gods of Asgard and also the hammer of Thor

Norton takes our prime road: “Hulk is larger than all us”

Anthony Hopkins around the callous charm of Odin

Captain America is a USO artist in movie

Chris Evans will carry the shield of Captain America

ZEITCHIK: 3-D is altering the methods scripts are written

2008: Marvel is on the mission in Hollywood

Tareka Edwin: INDEED SHE IS BACK AND ITS NOT A JOKE!﻿

Dennis Wheeler Jr: I can hear the wedding bells﻿

Albert Edison: We need more God-centered powerful worship songs like these instead of the generic ones from recent new artists which have no God, no Him, not a single reference to Him and his Word.﻿

A. Scott Schumacher: I think Benhan and Albert both have valid points. God meets us where we are. With over 7.3 billion people in the world (and growing)… obviously there are many different "levels" of faith.\n\nI think that some of the other "superficial songs" that don't mention God, Jesus, or the Holy Spirit, may serve to bring the secular crowd closer to knowing Him and who He is… closer to His Church.\n\nBut as we grow in our own faith, we should seek songs that TRULY glorify Him, acknowledge Him for the Love that He has for us, the strength that comes only from Him, and the true source of our salvation through His Son Jesus Christ.\n\nI love this song. And Kari Job. And Hillsong. But I appreciate what Christian Rap, Christian Rock… newer Christian Pop has to offer to those who are "dipping their toes in the water (the holy water)" so to speak.\n\nBut it is truly refreshing to the Spirit that dwells within me to hear and see when artists truly acknowledge Jesus/God and express that to the masses.﻿

lapyn jane: I've been waiting for this❤❤❤❤ I loveeeeeeeeeeee Kim and her heart for Jesus and the Church﻿