Pandora’s box: is human curiosity a blessing or perhaps a curse? 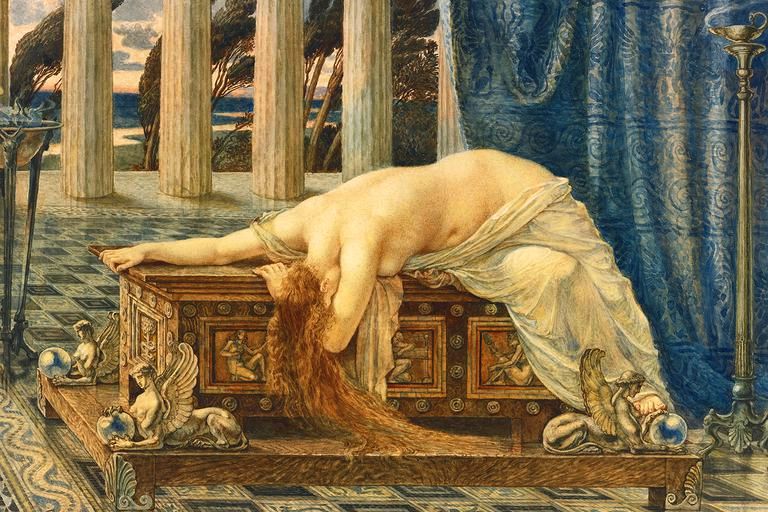 Curiosity compels us to understand and also to explore, which can result in very positive outcomes. However, the storyplot of Pandora’s box suggests that curiosity can also lead to negative outcomes. There are lots of instances where people’s curiosity leads these to consider using a harmful stunt or causes these to look once they ought to keep their heads lower. Nearly every highway commuter recognizes that when there’s any sort of accident, people slow lower to appear. Sometimes they cause another accident.

A really interesting number of recent reports explored whether people’s curiosity would obtain the better of these.  Participants were given pens that caused painful (but harmless) electric shocks, and a few pens that didn’t, and were advised that although these were awaiting a rating task, they might decide to click a few of the pens to pass through time.  In certain conditions the pens were called that would shock and which wouldn’t.  In other concerns, it had been unknown which from the pens would shock.

They discovered that the participants clicked more pens within the uncertain conditions, while they were advised that 1 / 2 of the pens would shock them.  Quite simply, there is an impact reminiscent of Pandora’s box—even although the participants understood bad things might happen by clicking the pens (opening this area), they still made it happen.  It’s also interesting to notice that within the certain condition, participants’ curiosity still was strong because, typically, they clicked a minumum of one shock and something no-shock pen—curious, it appears, to determine exactly what the shocks were really like.

Do you know the implications of the study?  It appears individuals have an all natural curiosity that triggers these to take a risk, even if they understand the possible dangers.  These include trying a potentially harmful drug to determine what goes on, watching nasty videos of accidents, surgeries, or executions—even though they realize there are negative outcomes connected with satisfying their curiosity.

Mike Fuller: If you say to yourself your clever, you always have something to prove to the world, which I find stressful!\nIf I am content to be thick, I don't have the stress of having to prove anything to anyone, so I can just relax and be happy!﻿

hui yin yap: Watson did a very good job. Is quite annoying that people giving him hard time. ﻿

foreversurfingthenet: Hmm …. and now an attempt at feigned humility….and with emphasis no less, via the dexterous use of caps lock ! What next?﻿

Mike Fuller: Look!   I don't understand what 'Feigned' means or 'Dexterous' but imagine the latter means flexible? or bendable?\nMy Mensa IQ on the Stanford-Binet scale was 117 but I could have scored higher due to me being knackered when I took the test!\nYou are I am sure cleverer than me!\nI am NOT a Poet!\nGive me a girl's / young woman's fanny and let me be really happy!﻿

Sparrow Elle: I like this documentary, but was absolutely incensed at the idea that we should just abort all LGBT people because society treats them like shit. That is the most backwards fucking reasoning in life, as the defect is in culture, not within any part of same-sex attraction. There are far more than enough reproducing individuals to keep humanity going, we don't need to eliminate anyone who is unlikely to have an accidental birth just because we want more people — mostly because that would be entirely counterproductive. LGBT people have worthwhile lives, they contribute to society, and aren't any kind of burden whatsoever just because of their attractions or gender identity. As a scientist, Watson should know better, and this was entirely disappointing to hear. Besides, to me the most reasonable decision would not be to narrow your child's attraction if given a choice, it would be to birth everyone as bisexual as default or allow for natural randomness to determine their attractions, and then let your children fall in love with whomever they fall in love with.\nNot every mutation or difference can be plotted on a spectrum of personal and/or societal harm or benefit. Additionally, diverse problem-solving methods and adaptations are necessary for a species to respond to natural environmental changes as well as a constantly-changing technological environment, so we need to think very carefully about what we consider "healthy" and what we consider "optimal" and WHY we think those things about different traits, especially if we're going to start talking about aborting entire groups out of existence, or fine-tuning our genetic printing to never allow for those traits to appear.﻿

Matt Todd: A history steeped in sexism, deception, corporate greed and selfish agendas. If there's an empathy gene, I think that's the one that needs tweaking.﻿