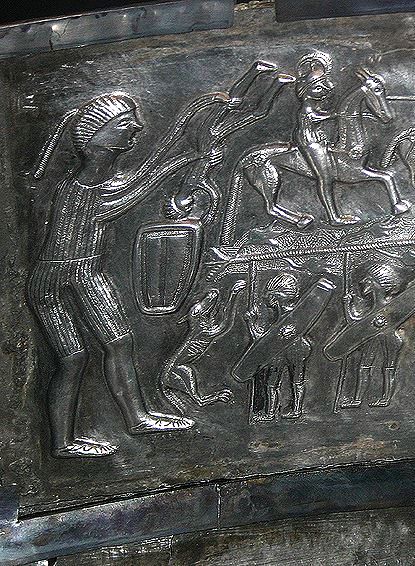 Even though the questionnable mythology from the Slavs may us from relatively late (medieval) accounts congruent with a few of the questionnable Scandinavian cultures, it has numerous important figures to whom there’s reasonable evidence to posit a hyperlink to western Europe’s older system of deities. The 12thC ‘Primary Chronicle’ from the Kievan Rus mentions Volos and Perun because the principle gods worshipped by Slavs and Russ before their late conversion throughout the Viking era:

“…Thus tsars Leo and Alexander made peace with Oleg. After saying yes upon the tribute, they bound themselves by mutual oaths. The tsars kissed the mix, while Oleg and the men required oaths in compliance with Russian law, swearing by their weapons by their god Perun in addition to by Volos, the god of cattle…” (trans. Samuel Mix)

Exactly the same Oleg is recorded as visiting sorcerors – the term that is offered as Volkhi. These simply tell him he must abandon his favourite horse because it may cause his dying, that they assents to and turns it to pasture. The storyline given is the fact that then he would go to visit it and it is told it died, as well as on visiting its bones a snake emerges from the skull and bites him, causing his death… The connection between Volkhi, the Scandinavian Volva and also the god Volos may be worth mulling over!

Another reference within the Chronicle to Volos and Perun (again with regards to oaths) is an eye on a agreement and oath provided by the questionnable prince Svyatoslav of allegiance towards the Byzantine Emperor:

” … As well as when i have provided oath towards the Greek Emperors in company with my boyars and all sorts of my subjects, so may we preserve this agreement inviolate. But when we fail within the observance of the aforesaid stipulations, either I or my buddies, or my subjects, may we be accursed from the god in whom we feel, namely, of Perun and Volos, the god of flocks, so we become yellow as gold, and become slain with this own weapons… ” (trans. Samuel Mix)

Interestingly, Mix translates ‘may we be accursed from the god in whom we believe’ alluding to original sense was one god with two aspects: Perun and Volos. Actually, later folklore frequently conflates attributes of these two, suggesting this sense might be true.

Marija Gimbutas examined the surviving 19thC Lithuanian and Latvian folklore connected to the spirits from the dead, who have been there known as vėlės and also to whom was attached a ‘leader’ referred to as Vélnias, Vélinas, or Véls – also utilized as a synonym for ‘devil’. Actually, an earlier dictionary of Lithuanian compiled by an ecclesiastic (Dictionarium Trium Linguarum by Konstanty Szyrwid, 1629) equates Velnias with ‘Piktis‘, another Baltic god-name connected with the ‘devil’, also referred to as ‘Pikùlas‘, ‘Peckols’ (Prussia) and ‘Patollo‘. These might be an illustration of the curious and prevalent ‘Puck‘ hypostasis, possibly connected with local versions of Perun-Pirkons. The folkloric Vélnias was – like Odin/Wotan – one-eyed and brought the troops of vėlės over the skies, causing storms and whirlwinds. He – like Veles – seemed to be associated with herds. The vėlės themselves were – like Gaelic fairies – seen to troop between cemeteries and along their very own special ‘paths’. Vélinas was clearly a god from the hosts from the dead. Gimbutas notes the prevalence of placenames incorporating the name Vélnias that report to bogs, pools, rivers, fields and forest clearings, suggesting the significance of such places towards the local Otherworld mythology.

The traditional Cretan/Minoan god Velchanos continues to be recommended because the origin for that Roman ‘Vulcan’. The Veles-Perun hypostasis pointed out however Chronicle from the Kievan Rus appears enjoy it could connect to this, specifically if the Weland link is true. In The island, he was also referred to as Zeus-Velchanos. The Latin words for thunderbolt, fulmen and fulgur, seem to have close etymological links towards the Vul- prefix from the name Vulcan.

‘Vayl’ within the Isle of individual:

‘Vaayl‘ or ‘Vael‘ occurs generally within the Isle of individual (situated between Britain and Ireland) like a local word for ‘Michael’ (the thunder-voiced military archangel, leader from the heavenly hosts). For example, there’s a questionnable funeral mound known as ‘Carn Vael’, situated close to the seaside village of Kirk Michael (Keeill Vaayl) – the place to find a few of the syncretic Christian-questionnable-era stone crosses and monuments. It’s feasible that this name was created by Baltic settlers within the Viking Age, although convention usually holds to majority being Norwegians. A custom present with Lithuania, Latvia and also the Isle of individual was the moving lower hillsides of burning wheels at Beltain or Midsummer (Manx source: Harold ‘Dusty’ Miller ‘It’s a Fact’). I’ve discussed the link between St Michael the Archangel and Belenos elsewhere…

Probably the most apparent etymological connect to the Celtic god Belenos may be the ‘V’ of ‘Volos’ – instructions apparently interchangeable with ‘B’ within the ‘Indo-European’ languages. This could suggest Bolos or Beles like a reasonable pronunciation variant from the Slavic divinity. Other versions from the name appear and to seem to within the ninth/10thC CE Old High German ‘Second Meresburg Incantation’:

What they are called ‘Phol‘ and ‘Volla‘ (uolla, rhymed with uuolla = ‘well’) have adequate similarity that need considering potentially related. Indeed, the British word for any youthful horse – ‘foal‘ – has within this context interesting connotations for that Iron Age Celtic coins’ equine/solar imagery, combined with military sun-child mind of Alexander they apparently accustomed to represent Belenos. Going much deeper into etymology, the Latin word for any gently-armoured cavalry skirmisher (a notable type of Celto-Roman auxillary fighter) was Veles, without doubt getting a hyperlink towards the Roman word for warfare: Bellum. The horsemanship from the Dacians (Getae), Thracians, Macedonians and Anatolian peoples was legendary in ancient Europe. Actually, the religious iconography from the Thracian and Phrygian peoples was notable for his or her depiction from the dragon-slaying horseman figure who’d later become incorporated within the picture of St George the Dragonslayer, well-liked by the Slavs.

Another etymological and mythological outcomes of Veles and also the ancient ‘Germanic’ world is the fact that towards the ‘magical smith’, Weland/Wolund/Wayland/Volundr, who featured conspicuously within the folklore and legends present with a great number of ethnogeographical questionnable cultures in ancient northern Europe. I’ve discussed the hyperlink between Volund, and ‘Vili’ from the Odinnic hypostasis within the Icelandic Eddas, and believe that it is worth thinking about Slavic Veles for the same reason.

Another illustration of this in the Baltic Lithuanians (among the last European peoples to get formally Christianised within the 14/15thc CE) may be the god or divinity known as Teliavelis who had been recorded in folklore like a ‘blacksmith god’, possibly identical with Vélinas. He’s been when compared to Finnic Kalevala god-hero Ilmarinen,and could be from the Slavic cruz-god known as Svarog within the 15thC CE Hypatian Codex. This assortment of monkish ephemera claims that Svarog was father of Dažbog (‘giving god’) or even the sun – the 2 are often regarded as separate. However, the Serbian folklore variant Dabog or Dajbog may also be referred to as Hromi Daba (‘Lame Daba’) and portrayed as a distinctly chthonic/demonic character much like Veles/Velnias, known as ‘Shepherd of Wolves’. Lameness (an lack of ability just to walk upon our planet) is a trait common to European cruz-gods.

Besides the links to St George (in the ‘Thracian Horseman’), it’s broadly thought that Slavic Volos/Veles was utilized because the model to have an early Christian saint, famous the Orthodox Christian community, known as Vlas, otherwise Blaise, or Vlasius. St Vlas (whose feast day is twelfth Feb). He’s famous eastern Europe from Macedonia as much as Russia, by which regions he’s been connected with protection of cattle, in compliance using the Primary Chronicle account. Linda Ivanits (‘Russian Folk Belief’ Pub: Sharpe, New You are able to 1989) notes the tradition of hanging icons of Vlas in cow biers.

like duality appears to describe the Slavic veneration together with George and Vlas even more. For this observation should be added another: Because of the inclination of Indo-European languages to ‘aspirate’ initial consonants, it’s also interesting to notice how ‘Veles’ can very easily be a solar ‘Heles‘, implied within the Greek words ‘Helios‘ (a reputation held by Apollo, also known as Phoebus) and, obviously the nation: ‘Hellas’. The truth that many mountaintop sanctuaries towards the Greek god Helios (i.e. – the deified sun) later grew to become focused on ‘St. Elias’ (‘the thunderer’), a Christianisation from the monotheism-promoting, Baal-denigrating Hebrew prophet Elijah, invoked by observant Jews in the creation of Sunday within the Havdalah ritual terminating the Shabbat. The Macedonian town using the theophoric name Veles may be the site of 1 such shrine, but you will find others. The bond using the sun, thunder and lightning shows that Perun/Perkunas/Taranis was another part of the Veles/Vélinas/Belenos, each of whom required up places in Christianity as modified saints and also the demon themself. 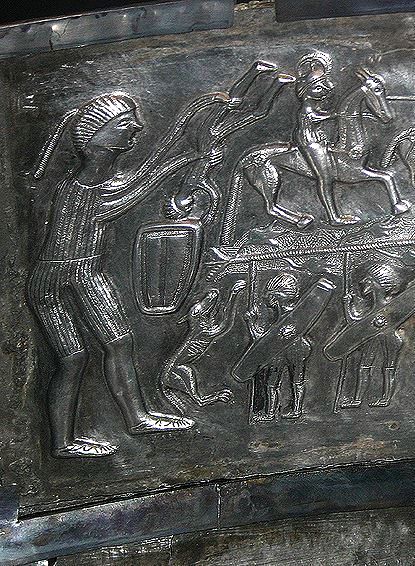 Oh Elijah provide us with, God, give!

Provide us with, God, give, give, Elijah, give!

Dodola/Dodole was said to be Perun’s wife. She’s sometimes considered a Slavic rain-goddess. The antagonism between Perun and Veles revolved around Perun’s wife being stolen – keep in mind that all rivers were once thought to flow towards the otherworld, and also the link between Velnias and water in Lithuania &#128521; Elijah functions here quite clearly because the ‘bridging’ function, representing Helios (who travels daily towards the underworld in the rotations)…

– Volos, Veles and Velnias were connected with the Underworld (arena of the dead) with herds and hosts, such as the hosts from the dead. Within the Baltic, Velnias was connected with bogs and pools water – classic Celtic routes in to the Otherworld.

– Veles was carefully from the ‘thunder god’ Perun (Perkunas or Perkons within the Baltic states) who had been a ‘polar antithesis’ of him, possibly representing the forces ‘above’: sky, lightning, the up-thrust of trees, specially the Quercus or Oak (Try switching the ‘Q’ for ‘P’ following the insular celtic style…). The 2 were symbolized inside a condition of mutual antagonism in certain Slavic mythology.

– Veles/Volos might be associated with the Germanic cruz-god Weland/Volundr. The 9thC second Meresburg charm pertains to horses and mentions ‘Phol’ and ‘Volla’. ‘Teliavelis‘ was the a Baltic cruz-god, and also the Slavs had ‘Svarog’ within the same role. A potential connection to horses is the fact that cruz-gods were rather crippled, and therefore might have used horses to move around. The idea of reincarnation is engendered in the skill of smithcraft – a secret fiery re-forging within the otherworld.

– The etymological leap from Vel to Bel is really slight that it might be remiss to not think about a connect to Belenos: themself possibly a chthonic war-god, much like Roman Mars. Likewise the hyperlink between Vel and Hel (which may be an aspirated pronunciation of ‘Vel’). 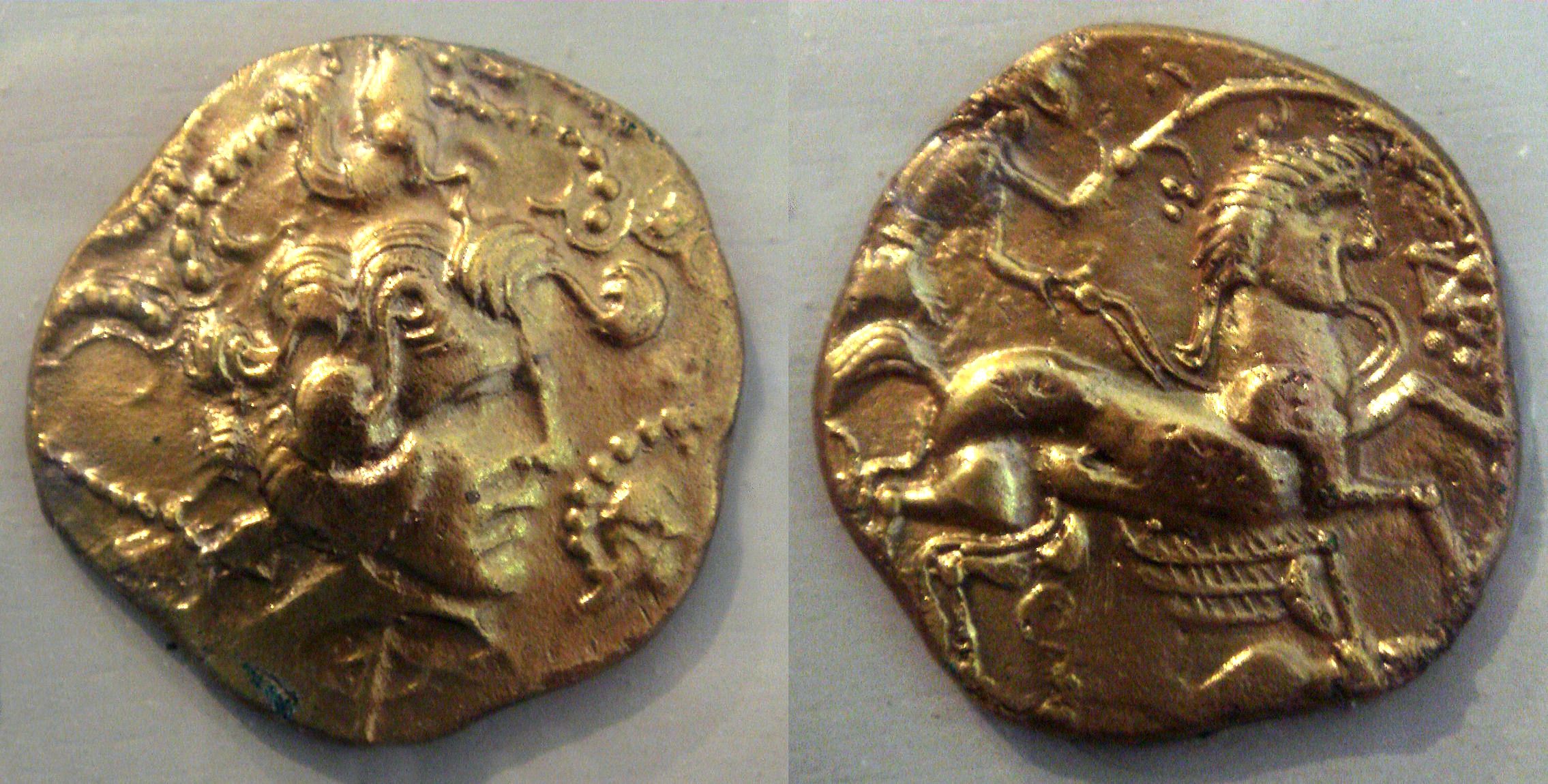