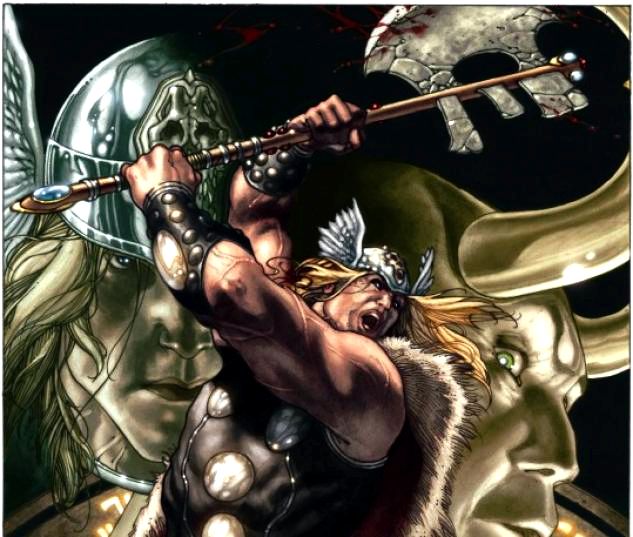 Clearly, the super hero movie news from the month is due to the casting of Film Clip as Batman. However, to not be surpassed, ‘Thor: The Dark World’ released a sizable batch of recent stills, that provide us a far greater consider the much-anticipated follow up.

The pics (thanks to Empire Online) offer us some something to think about. First of all, we get an excellent take a look at Malekith (Christopher Eccleston), leader from the ancient race of Dark Elves that Thor and company must stop from destroying everything. We see Thor (Chris Hemsworth) convening with Heimdall (Idris Elba), as well as Loki (Tom Hiddleston) we obtain a look at Dr. Selvig (Stellan Skarsgard) and Darcy (Kat Dennings) spying something big and frightening. [UPDATE: Empire also released their new magazine covers, featuring the god of thunder and the mischievous brother.]

Marvel’s ‘Thor: The Dark World’ continues the large-screen adventures of Thor, the Mighty Avenger, because he battles in order to save Earth and all sorts of Nine Realms from the shadowy enemy that predates the world itself. As a direct consequence of Marvel’s ‘Thor’ and Marvel’s ‘The Avengers,’ Thor fights to revive order over the cosmos…but an old race brought through the vengeful Malekith returns to plunge the world back to darkness. Confronted with an opponent that even Odin and Asgard cannot withstand, Thor must attempt his most risky and private journey yet, one which will reunite him with Jane Promote and pressure him to sacrifice something to save all of us.

PATRICK Eccles: The Reel Rejects Thor with the red on his faec looks like Kratos from the God of war game's﻿

SomethingNowhereMan: Hahahaha this is hilarious!! At 4:59 – 5:14 is how Tyrone Magnus thought about Chris Hemsworth's character going to look like xD. Keep doing these btw! They're so awesome!﻿

The Reel Rejects: +SomethingNowhereMan haha I didn't see Tyrones response to that actually but I do know it's been a bit of an uproar﻿

SomethingNowhereMan: Yup! Many mainstreamers are about the new Thor. However, I'm not worried about that at all! That Avengers Infinity War Concept Art shows Thor with his long hair back!﻿