Paris, May 3rd, 2011 – Nexans, an international leading expert within the cable industry, continues to be awarded a 20 million euro contract by Statoil to create and manufacture the direct electrical heating (DEH) system for that subsea pipelines serving the brand new Fossekall Dompap gas and oil field around the Norwegian Continental Shelf. The Fossekall Dompap fields tie to the Norne FPSO (Floating Production Storage and Offloading) where Nexans formerly provided DEH systems for pipelines to Urd and Alve. 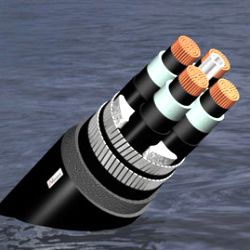 Anything covers the delivery of the complete DEH system, including DEH Riser Cable with four power cores, Armoured Feeder Cables, a 25km Piggyback Cable and all sorts of connected accessories for link with- and installation around the pipeline which will connect the Fossekall Dompap subsea facilities using the Norne FPSO. The Piggyback Cable contains a new Integrated Protection System that has been qualified by Nexans to guarantee defense against mechanical loads for example trawling.

Direct electrical heating (DEH) is really a technology for flow assurance, designed to safeguard the wellstream flow with the pipeline towards the platform. Alternating electric current (AC) transmitted in the DEH cable runs with the steel within the pipe, which gets hotter because of its own electrical resistance. This enables the pipeline to become operated inside a inexpensive and eco safe manner.

“Nexans has labored in close cooperation with Statoil to pioneer the event and commercial use of DEH which latest agreement for Fossekall Dompap confirms its proven capacity like a reliable, eco-friendly and price-effective approach to maintaining flow in subsea production pipelines” states Ragnvald Graff, Sales & Marketing Director, Energy Division, Nexans. “Nexans completed the very first DEH system for Statoil within the Åsgard field in 2000 and finances DEH systems operating in the Norne FPSO that serves the Urd and Alve fields”.

The cables for that Fossekall Dompap DEH system is going to be manufactured in the Nexans factory in Halden, Norwegian, for delivery in April 2012.

The Fossekall Dompap development, in 330 to 360 metres water, belongs to Statoil’s fast-track project portfolio. Statoil intends to start production in December 2012. Statoil estimates to recuperate as many as 63 million bbl (barrels) of gas and oil, mostly oil.

The key behind a DEH product is to pass through an alternating electric current (AC) with the pipeline wall. By manipulating the current, the pipeline inner wall can whatsoever occasions be maintained over the critical temperature for wax and hydrate formation. Consequently, problem free and reliable transportation is achieved. Conventional methods for flow assurance, through chemical treatments and pressure evacuations, have considerable operational costs with lengthy lower occasions and could present a danger towards the atmosphere.