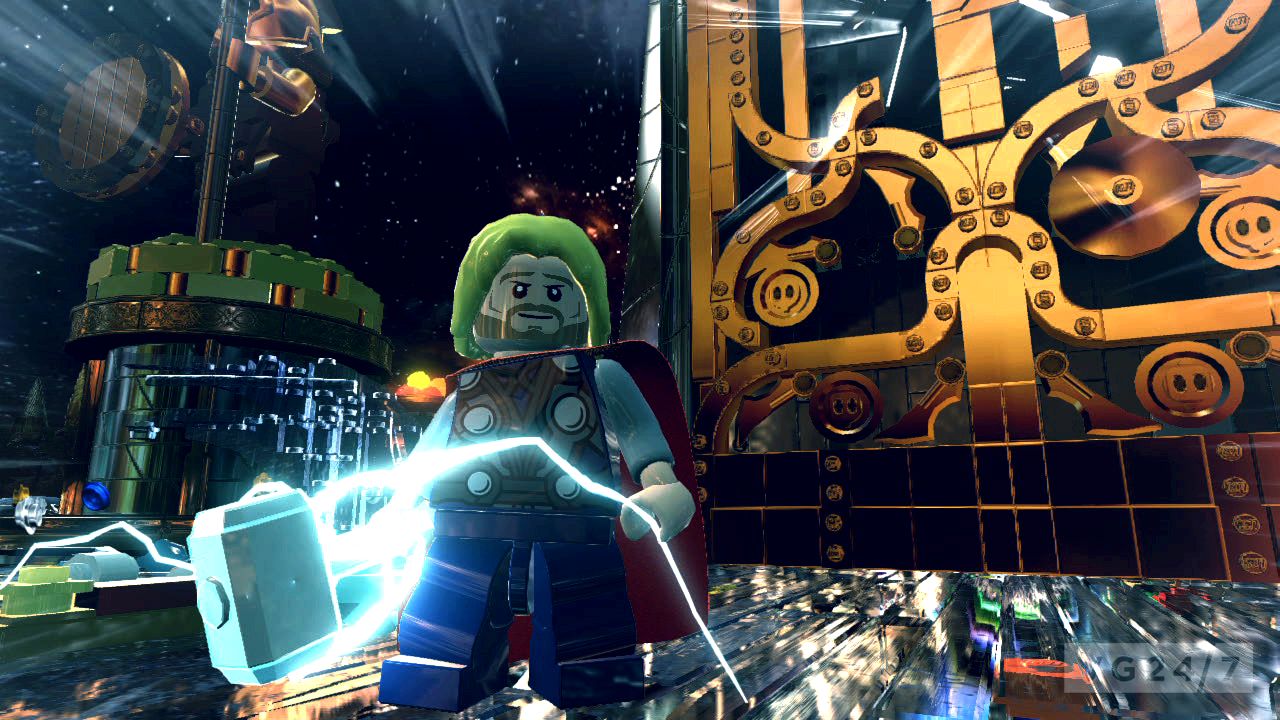 The most recent batch of screenshots for that approaching Lego adventure game, Lego Marvel Super Heroes, features the heroes taking towards the roads of recent You are able to and also the rainbow bridges of Asgard.

As you can tell in the screens, lots of your preferred heroes in the Marvel world allow it to be to the scene. They are mucking about on Thor’s home turf, on the pursuit to take lower The Destroyer, that is a big, bad armored foe controlled by Loki.

We’ll reach join Captain America, Wolverine, Thor, and also the Human Torch about this adventure once the game is released in fall, but we’ll see a lot more of them in a few days at E3 2013!

What exactly are you searching toward seeing in the game? Could it be the big cast of figures? Or different locales that you will recognize in the Marvel Motion picture World along with other items of comic lore? Tell us within the comments below!

Shockwave: I already said at LEGO Marvel's Avengers, that I wont watch any Videos about the game until I play it and again, I'm not strong enough. Your Videos are to good to not look them!\n#edit YES, NO CONSOLE EXCLUSIVES!!!﻿

Salina Nichols: it would be cool if vultures wings would be one of the vehicles﻿

Keyboard Warrior: If MCU Yondu makes it into the game I hope to see him use his arrow like GOTG 2.﻿

Colin Ryan: Wouldn't it be cool if Stan Lee could teleport like Lockjaw?﻿

Xavier Brannagan-Fuller: For anyone wondering Surtur is a big fierey demonic dude who I think is the big thing Hulk jumps at at the ending of the Thor Ragnorok trailer they released yesterday or the day before﻿

Batcraft 88: I want to ride a pig as spider ham﻿

Ryan Bernstein: Hey gameunboxing reviews great video and I love your channel and keep up the great work﻿